Why would 25 entrepreneurs venture
into the Colombian jungle... to find the
path to their first 7-figure year?

Maybe to work with the guy who's helped countless people crash through the 7-figure mark!
His team: a former NASA space engineer; the godfather of the coaching and consulting world;
the $450,000,000 man; and more!)

Ron Reich is thrilled to announce: 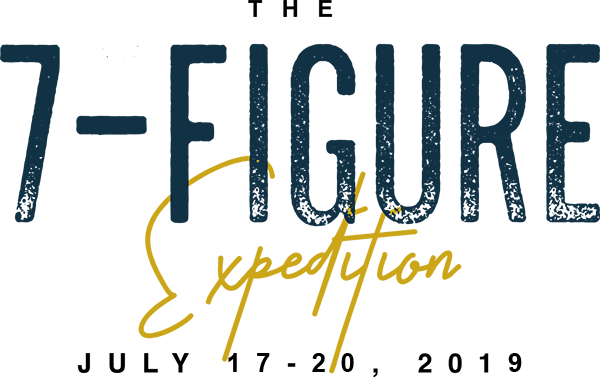 » ARE WILLING TO TAKE BIG RISKS:

That’s how you got to multiple 6-figures a year (that, plus a lot of HARD WORK). And you put in another 60+ hour week, secretly hoping someone would tell you how to scale this thing already!.

» KEEP YOUR EYES ON THE PRIZE:

Some days a million feels so close… you can already picture the virtual red carpet. And finally being part of the ultra-cool 7-figure club. Then why does it feel like you’re INCHING your way there, despite working your ass off?

A million dollar year? Dammit, that was last year’s goal! Which is why it’s SUPER FRUSTRATING when you see “peers” (who, 5-minutes ago, were at your level) post stuff like “10 lessons from my first 7-figure year” (what’s their secret sauce?!). Beyond a doubt…

You have the makings of an EPIC, 7-figure entrepreneur.

But obviously, there’s a missing link.

Nothing you currently throw your money at seems to be able to help you figure out WHAT that missing link is!

And, as you find yourself looking at your second quarter income… and you realize that AGAIN, you’re not even close to being on track to hitting your million dollar goal? 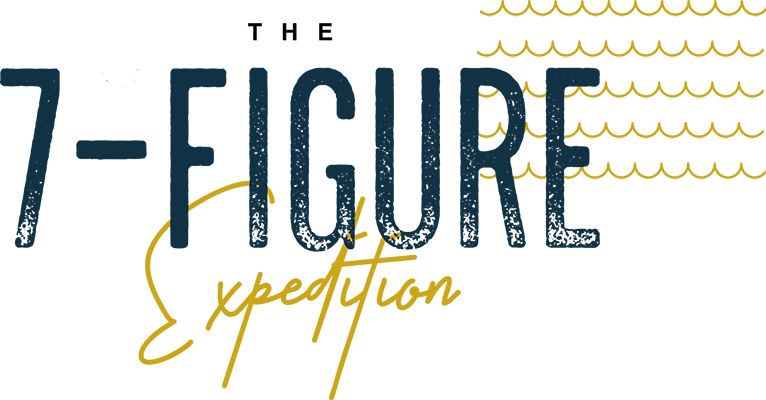 4 days of intimate masterminding
with absolute A-players - setting you up for
your first MILLION DOLLAR year!

5 Reasons you want to head
to Colombia and join this 4-day Mastermind...

I’m inviting you to join me (and America’s top experts in SCALING) for the 7-Figure Expedition:

The path to a MILLION DOLLAR YEAR for entrepreneurs who value human connection and ADVENTURE.

Unlike other mastermind experiences, where you have to elbow your way through a crowd to get a 2-minute audience with an influencer....

... I’m offering you 4 FULL DAYS to hang with absolute A-players, AKA Expedition Leaders. The kind of people who have a track record of scaling hundreds of clients to 7-figures and beyond, as well as million dollar Rolodexes they want to share with you!

Expedition Leaders are flying into Medellin especially for you, so you can…

But before I jump into introducing your 7-Figure Expedition Leaders, let me answer a burning question I’m sure is going through your head:

why would I trust this guy to take me into the jungle
and figure out my path to 7-figure success?”

If you’ve heard about me, you probably know me as “The Secret Weapon” behind million dollar launches I’ve done with influencers like...

But I’m not just about launches.

And during this unconventional mastermind we’re going to focus on HIGH TICKET OFFERS as a fast way to scale to 7-figures within months.

It’s totally possible. I’ve personally done it. AND helped my clients do the same.

...the rafting and jungle adventuring is supervised by Experienced and certified professional raft guides and instructors 🙂

I’m proud to intro you to this years Expedition Leaders:

These Expedition Leaders will help you scale to your
first million dollar year!

These Expedition Leaders will help you scale to your
first million dollar year!

We’re just getting started and I’ve
already picked up two ideas to transform my upcoming summit and product launch!

“If you’re considering going to Ron’s 7-Figure Expedition - I encourage you to do it. He has priced it really competitively, and delivers the perfect combination of attention to detail, real A-players, revolutionary ideas and fun.

On top of the mastermind experience, the whitewater rafting, the jungle hike up a mountain (offering a breathtaking view)... these are memories I’ll be taking home with me. In addition to great new ideas and relationships. It’s a win on all levels, and for someone who runs a business called “Lifestyle Entrepreneurs Press” it brilliantly blends the lifestyle with the entrepreneurship component in a way that works for me, and will work for you too!”

I’m now partnering up with influencers I would have otherwise never met! Seriously... you'd be stupid not to come!!

“With this Mastermind, you can literally expect a crazy return on your investment within weeks. Because the stuff you’ll learn is actionable and immediately applicable.

THIS IS EPIC. By far the most EXCITING trip I’ve ever been on! I’ve personally built great relationships with the AWESOME people here.

And I'm now partnering up with industry influencers I would have otherwise never met. Do NOT miss out on this!!”

Founder of Clever Programmer, a community with over 100,000+ students who are learning to code by building real world projects.

“It’s easy for me to say “jump on, just do it”. But one of the things I’ve learned (as a business owner, as a human being who likes to stretch himself), is that anytime you want to uplevel, it’s required to step outside your comfort zone.

And it can be scary to do it alone. It’s easy to make those excuses, because nobody knows you’ve said no to your greatness. But when you’re in a group of this caliber, that becomes an easy yes. We’re in it together because everybody is upleveling!

BIGGEST TAKEAWAY? Definitely the connections. I’m writing a book and am planning a virtual summit. Turns out… one of the world’s leading book publishers is here, AND the world’s leading summit expert is here! These are the kinds of people you meet at the 7-Figure Expedition!

The O.G. of Online Marketing,
Founder of Ultimate Vida