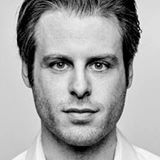 Boris’ had been stuck at the mid-6-figure mark for four years. He knew that if he didn’t innovate, his business would eventually fall apart.

He used the Genius Profit System to create higher-end products, upsell sequences,  and refine his launches.

Boris blew past the 7-figure mark the following year, then hit $2.4 million the year after. Though his business is exploding, he still spends up to 4 months at a time vacationing with his family.

“I was stuck in the mid 6-figure mark for years…”

Boris built a $500,000/year business in the online dating market in France

He was looking to grow the business to 7-figures. Because he knew that if the company didn’t evolve, it would eventually crumble.

“Stagnating in business is never good. Either you’re growing or your shrinking. You’re going to go down if you don’t reinvent yourself.”

Boris tried everything to hit the 7-figure mark.

First, he focused on increasing SEO traffic and selling ebooks. That’s the strategy that got him to where he was. But it didn’t help. He realized that to hit the next level he would have to do something different.

Next, he tried to partner with affiliates. But they weren’t interested.

Then he bought courses and hired marketing coaches.

But none of them gave him a clear, customized plan that worked for his business

“I tried to grow but couldn’t find the formula. I was always doing more of the same, and it wasn’t working. I got to $500,000/year but couldn’t take it further.”

“I had a clear vision of what to do…”

Boris had been in the same mastermind group as Ron. He read his posts and was impressed by his insights.

When he discovered Ron was taking on coaching clients, he jumped at the opportunity.

“I didn’t have any fear about working with Ron. I’d seen his stuff and knew he was a super genius marketer.”

In August 2015, they began to meet twice a month over the phone.

Right away, Borris got what he had been missing for four years: A clear strategy for how to grow his business.

“Ron had a super clear plan for what to do over the next 6-12 months to hit that million-dollar mark. I knew what to do in what order. I had never seen that with another coach.”

Ron began to walk Boris through his Genius Profit System. This is the blueprint he created to help businesses grow through launches, high-ticket offers, and continuity programs.

For Boris, the first step was to get to know his customers better.

With these insights, he was able to release products that fit their specific needs.

Then, he had Boris create higher-ticket video products instead of the cheaper ebooks he had been selling.

The results were immediate. Within 60-days of working with Ron, Boris had a record-breaking month.

Next, Ron changed the way Boris did launches.

In the past, they were sporadic. Boris would do six launches in six months, then nothing for the rest of the year.

Ron got him on a monthly launch schedule.

Then gave him the knowledge and strategy to take them to the next level.

“We worked on things like upsell sequences and copywriting. Conversions got better and our average order value almost doubled. Working on all these variables at the same time blew the company to another stratosphere.”

As a result, Borris hit his goal.

After four years struggling to break the 7-figure barrier, he made over one-million dollars his first year working with Ron.

“I was afraid my business model would fail, and it did…”

Eventually, the organic SEO traffic and ebook sales that were the foundation of Boris’ business stopped working.

This could have been a disaster.

But because he and Ron had built his business in other ways — such as finding new traffic sources and creating continuity programs — Boris wasn’t affected.

In fact, his revenue soared even as his old methods fell apart.

“The old stuff that used to make me revenue shrank. But my business was exploding in all these other ways to make up for it.”

Boris and Ron have had bi-weekly calls for nearly three years. And Boris has no intention of stopping. He’s still using Ron’s advice and continues to lean on him for new ways to grow.

“Ron is an exceptional coach. And he wants you to succeed. He goes beyond the job description of a coach to make things happen.”

“I had four months of vacation last year…”

Growing his business has allowed Boris to hire top talent. As a result, he’s able to focus on the work he loves — and let his employees do the rest.

His company has grown by leaps and bounds. But he’s still able to spend plenty of time with his wife and son.

“Last year, I took 16 weeks of vacation with family. I’ve had more time with them and more time to work on what I love.” 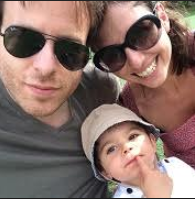 But for Boris, the numbers are just symbolic. They show he’s doing something right. And that he’s making a bigger difference in the world.

“Growth means impacting more people. Helping them transform, reach their goals, and become the person they aspire to be. One of the great joys of being an infopreneur is being able to touch more people with these products.”

“I had never seen that with another coach…”

So what was it like to work with Ron?

Boris shares his overall thoughts and takeaways in the video below:

Once Boris had a clear strategy for how to grow his business, profits exploded.

If you want the same guidance Boris had, check out the A-Players Membership program.

It’s a 6-month coaching package where Ron helps you apply his Genius Profit System to your business. So you can double or triple revenue this year.

The program starts soon, and space is limited.

Yes, I want to join the A-Players Membership